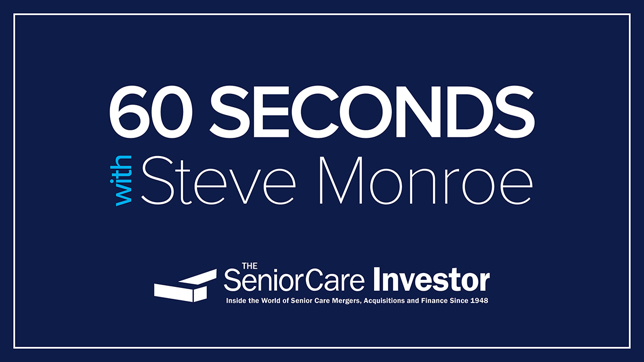 It was not easy, but Genesis HealthCare, Kindred Healthcare and Brookdale Senior Living have worked with their REITs to strengthen all concerned.

In reviewing the events of the year, I think perhaps the most important ones involve Genesis HealthCare, Kindred Healthcare and Brookdale Senior Living. And, of course, the REITs with close ties to them. With regard to Genesis, I know it took some brass ones for Welltower to work through their various leases with Genesis and sell a large number of the properties. But the important aspect was the reduction of the rents and the smaller annual escalators that will keep Genesis on an upward track. Investors liked it, boosting the share price by 37% in November. And I like it, because there were far too many people talking about a potential bankruptcy without some adjustments to the rents. So, well done. Kindred is a different story, but with its upcoming sale of the remainder of its SNFs, with agreements with Ventas to do so, the company will almost have a new beginning and will no longer be known as the former Hillhaven by the industry old-timers. And finally, we have Brookdale working with both Welltower and HCP to clean up its balance sheet and portfolio in its attempt to turn the corner on its disastrous acquisition of Emeritus. It’s not around the corner yet, but it is getting there. So, congratulations to all for finally working together to strengthen the REITs, the operating companies and the industry for a better future.