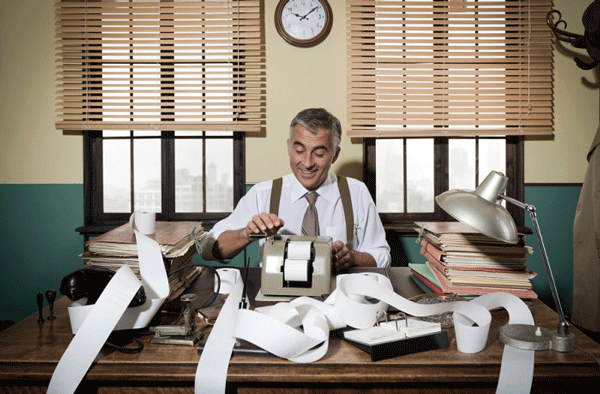 It all started when HCP, Inc. completed a series of rent negotiations with HCR ManorCare, but to no avail. It just wasn’t enough for a long-term solution, and they ended up spinning the HCRMC portfolio into a new entity (Quality Care Properties) that was supposed to be a REIT but may end up not being one depending on the final solution. Even after those lowered rents, HCRMC defaulted on some payments to QCP, and it got messier after that.

As everyone now knows, that was the tip of the iceberg. Practically every major REIT has reported “issues” with tenants, ranging from covenants broken, inability to make rent payments, and high likelihood of not being able to make rent payments in the near future. Most of the problems revolve around leases that became more expensive to pay with annual escalators as operating conditions worsened and cash flow began to decline. This should not have been too much of a surprise, because when capital costs always go up, there is no provision for business cycles, reimbursement cycles, labor cycles….any cycle that will impact a tenant’s ability to keep up with rising rents on the same properties.

As we noted more than a year ago, HCR ManorCare was still very profitable from an operating point of view when it ran into trouble paying rent. Yes, its cash flow declined, but it was the company’s capital structure that was sucking the oxygen out from it. We also believe there was some mismanagement as well, since occupancy at some facilities declined significantly, and capex upgrades were not what they should have been.

A similar thing is happening at Genesis Healthcare. Most of the sale/leaseback transactions it entered into with a variety of REITs were done at very high per-bed prices, usually well above $100,000 per bed before that price level became the national average in the acquisition market. And they had enough properties that were old and at best average. To base lease payments on a $125,000 per-bed price, that increase by 2-3% a year, is assuming there will not be any industry-wide problems. There are always industry-wide problems facing this sector, and most operators learn to adapt to them. But not if their lease payments are unsustainable.

Everyone knows that landlord Sabra Health Care REIT has been in the market to sell off its Genesis portfolio, and Welltower already did so with a small portfolio but is trying to sell most if not all of the rest of their Genesis assets. The buyers, in theory, most likely will lease the properties back to Genesis, but at reduced rents. A REIT such as Welltower could lower the rent themselves, but they want to exit the SNF business, and shareholders might not look favorably on that. In the meantime, Genesis was forced to include a “going concern” opinion in its third quarter report, which is never good.

This issue with leases and performance is not just with SNFs, as private pay seniors housing operators have also run into difficulties with landlords, such as at Ventas with Elmcroft Senior Living and LTC Properties with two much smaller tenants. Unless industry economics improve very soon, we believe this “tip” of the iceberg is going to grow and spread into 2018. It will not be a Titanic, but it is certainly going to upset the apple cart in ways that few people predicted two years ago.