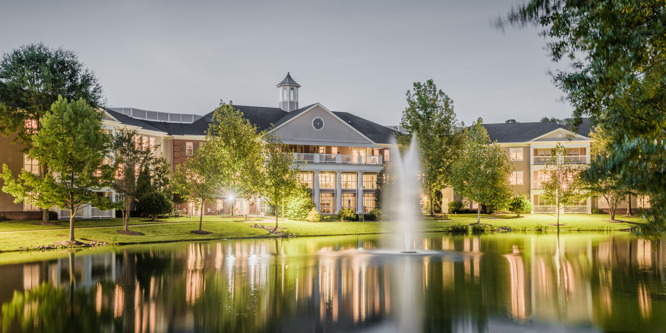 For the second time, Prudential Real Estate Investors is selling its large senior living community in Cary, North Carolina, 14 years after the first sale. Originally built in 1999 with 80 independent living units, 36 assisted living units and 36 memory care units, the community has been operated by Kisco Senior Living since its development. During that time, Kisco has overseen several ownership changes, starting in 2004, when Prudential Real Estate Investors sold the community to Walton Street Capital for about $27.4 million, or $180,000 per unit. Walton Street added 14 IL cottages with 24 units in 2008-2009, perhaps not the best time for an IL addition.

Nevertheless, Walton Street resold the community to Prudential in October 2011 for as estimated $53 million, or about $300,000 per unit, with a 7.3% cap rate. It was 96% occupied at the time of the sale, with trailing EBITDA and revenues around $9.5 million and $3.9 million, respectively. Current financials are unavailable, but Kisco has maintained occupancy around 95% in addition to overseeing a cosmetic refresh to the property in 2013 and 2014, and a current renovation to IL units as they turn over. The Cushman & Wakefield team of Richard Swartz, Jay Wagner and Jim Dooley arranged the community’s sale to a joint venture between Kisco and Welltower, for an undisclosed price.

That same Kisco-Welltower team is also currently working together to build a brand-new 15-story senior living tower on its existing six-acre campus in midtown Raleigh, North Carolina. The community already has 225 units of independent living, assisted living, memory care, short-term rehab and skilled nursing services, but the expansion will add 160 new units, with one-bedroom, two-bedroom or penthouse floor plans available and sweeping views of the North Hills master-planned community. Construction is expected to begin in 2019.