Doom and Gloom for SNFs? 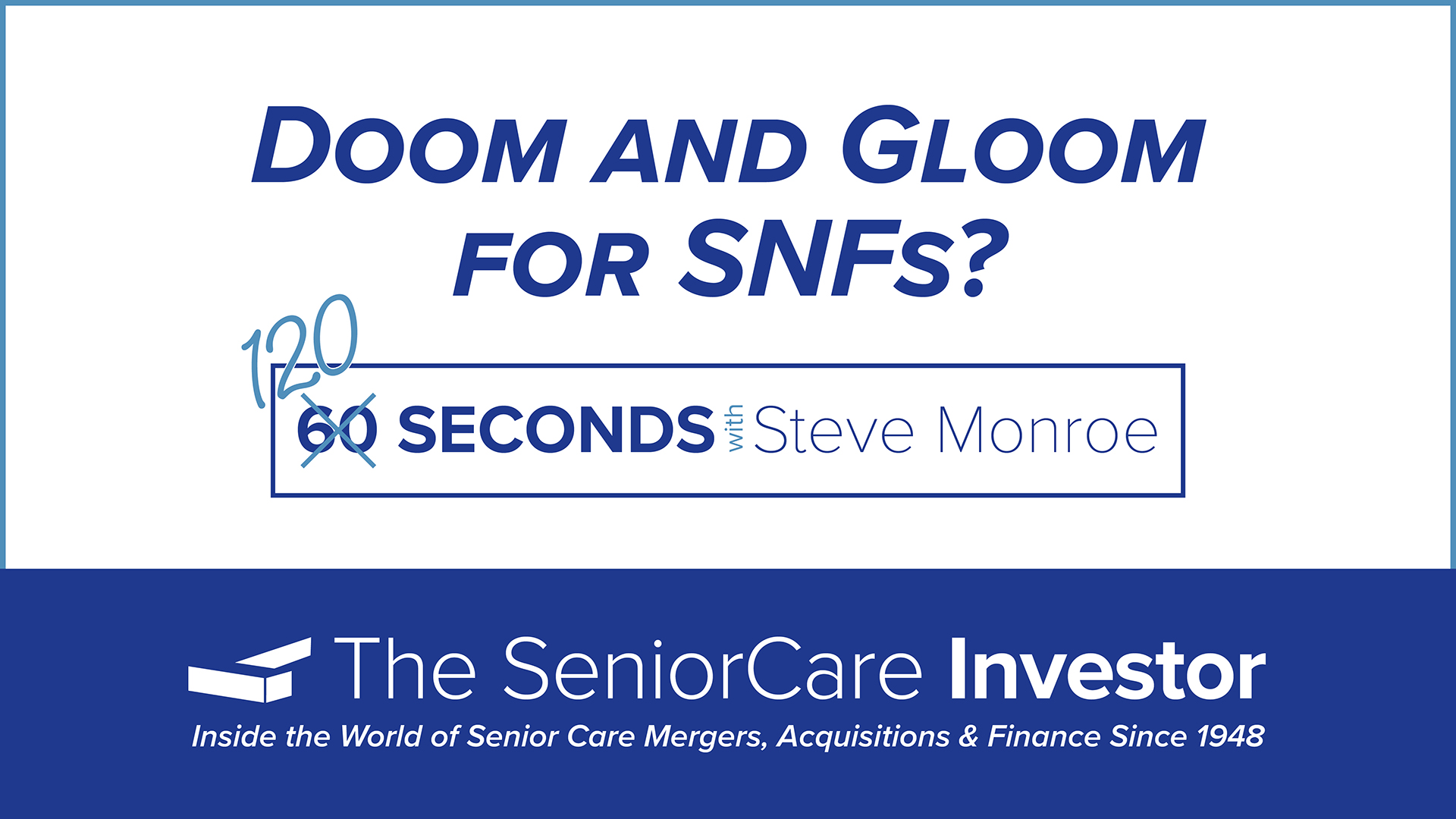 Skilled nursing facilities are closing at an alarming rate, so should we be worried about a shortage of beds in 10 years?

There have been a lot of reports in the media recently about skilled nursing facilities closing down, just shutting their doors, and this is not just in rural areas.

Low Medicaid rates have been blamed for this, and in many states, reimbursement levels have not even come close to keeping up with wage inflation, not to mention other costs. And this is 10 years into our economic recovery. Imagine what will happen during the next recession when state tax receipts decline.

But there is something else going on as well. Skilled nursing occupancy rates have been trending down for years, and not because of overbuilding like in the assisted living market. The elderly population is increasing, the number of skilled beds is decreasing, yet occupancy is declining.

While painful, what is happening is a paradigm shift in taking care of our elderly. Other than for short-term rehab, few people want to move into a nursing facility, and everyone seems to be trying to figure out alternatives to that. Many Medicaid, long-term custodial care patients will be gravitating toward assisted living at some point in the future.

If $200 per day is what should be the average Medicaid rate for skilled care, then the low $160 per day some states are paying should be paid to assisted living providers, but without the SNF rules and regs. Obviously, there has got to be a major shift in attitude for the state and federal regulators, a paradigm shift if you will. Pure economics will probably ensure this happens. It’s just a question of when.

So, when hear about a looming shortage of skilled nursing beds when the boomers start turning 85 in 2031, just remember that is not where many of them will be going. They will be going for short-term stays, and there may be a lot of them.

Some of the skilled nursing closures were a result of their capital structures not in alignment with their operating model. Some closures were old facilities that would not survive even with higher rates. And others are located in markets that perhaps don’t need 100 skilled beds and should be offering other services, if they are needed.

Unfortunately, providers are going to have to adapt to the changes that will be coming in the 2020s, and there is little that will stop these changes. But if there is one thing I have learned in 30-plus years covering the sector, it is that skilled nursing providers know how to adapt to a changing environment. But they won’t do it for free.