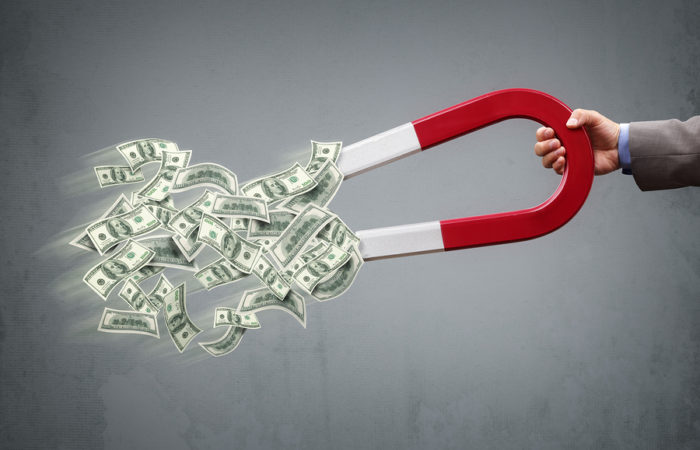 We are living through a time of unprecedented capital flowing into the seniors housing and care market. Lenders are crowding into the space (if you need proof of this, just look at all the green lanyards signifying capital providers at NIC). Private equity firms report billions of dollars of funds currently sitting on the sidelines because there is simply too much to spend. Debt is extraordinarily cheap, and has been for years. Some say this is a problem, and we agree to a certain extent, especially concerning “dumb money” from inexperienced investors. But, what is a worse problem? How about no liquidity. Let’s take a step back to the November 2007 issue of The SeniorCare Investor, when the problem really came to a head.

“The great big sucking noise you hear is the liquidity evaporating from the capital markets, but please don’t shoot the messenger.”

“It is one thing to be aggressive when you don’t have to worry about being repaid, but quite another when instead of being an intermediary, you become a partner. And with a healthy amount of skepticism (called real underwriting), the amount of equity required in deals has gone up.”

There were a lot of unknowns when it came to the scope and scale of government oversight following the liquidity disaster. Would deal and ownership structures have to change?

“If a certain amount of capital is scared away from the seniors housing and care industry because some of our elected officials in Washington, D.C. want to be in the limelight ‘protecting’ the elderly…if they really wanted to protect the elderly, they would fix the Medicaid and Medicare programs, not to mention Social Security, but then that would expose the misinformation they have been peddling for too many years about a supposed ‘lock-box’ and a ‘we will fix it when we have to’ attitude. But I digress.” If the Democratic Debates showed us anything last month, it is that there are still no good answers for these problems.

“In the facility market, we have had an unprecedented number of ‘small’ transaction closings postponed by a few months because of the financing ‘issues.’ By far the most common reason provided has been delays by HUD in approving the existing loan assumption. In some HUD offices, we hear, one missing piece of information can compel the underwriter to send the entire file back, only to start all over again when the file is resubmitted. In addition, some lenders have been changing their terms or just getting cold feet.”

In November 2007, there were already a number of borrowers in the seniors housing market that were in technical default, and we speculated that there were likely going to be more defaults in 2008. We also speculated that there would be investors, with plenty of liquidity, taking advantage of either buying debt at a discount or properties at a discount. Well, both happened. The average price per unit sold for seniors housing properties fell from $164,500 per unit in 2007 to $123,500 per unit in 2008 and even further to $116,500 per unit in 2009. The median prices per unit paid dropped even lower in those years.

“Getting back to cap rates, when the liquidity was sucked out of the market this past summer, everyone knew that cap rates would be impacted, and it was easy to justify a broad stroke 50-basis point increase.” In fact, the average cap rate for seniors housing properties rose 60 basis points from a then-all-time low of 8.3% in 2007 to 8.9% in 2008 and another 90 basis points in 2009 to 9.8%. In skilled nursing, the average cap rate jumped from 12.0% in 2007 (another record-low back then) to 12.9% in 2008. The jump in cap rates wasn’t necessarily a bad thing for the industry, as it should rise with the perceived risk of owning the asset, but it certainly made sellers queasy about selling. In a lot of cases, however, they didn’t have much of a choice in that.

In this market, “everyone seems to be sitting on their hands, unwilling to make a move, other than backing out of deals. Its not for lack of interest, but for a desire not to make a mistake. We have heard from some of the seniors housing brokers that the number of inquiries regarding selling and actual proposals made has been very high in the last several weeks. While this may mean that marketing activity will pick up, we are not convinced that all those sellers are on the same wave length as the buyers in today’s market. We hope so, or else life is going to get pretty boring.”

It certainly didn’t get boring, other than how few deals trickled into our inbox. This was just the tip of the liquidity crisis iceberg, and little did lenders and investors know how long it would take to get back to normal and to the lending environment we operate in today.

2 comments on “Flashback Friday: When Liquidity Dried Up in Senior Care”