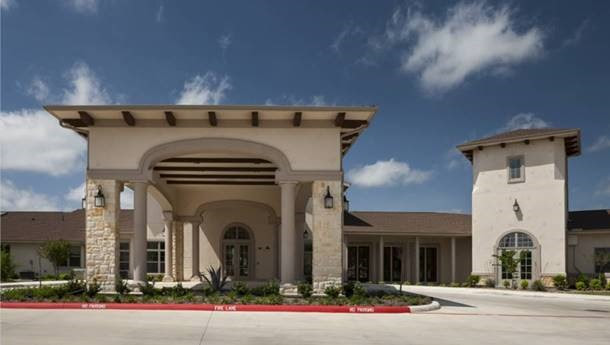 Aron Will of CBRE ended July with two bank financings for senior living clients in three states. First, in Texas, he was joined by Austin Sacco and Adam Mincberg to refinance two 76-unit assisted living/memory care communities in Boerne (San Antonio MSA) and Round Rock (Austin MSA). Both properties were developed by a joint venture between Harrison Street Real Estate Capital and Franklin Development Properties in 2017, and have been managed by Franklin Development’s operating affiliate. To refinance the original construction debt, CBRE secured a three-year, floating-rate loan with 24 months of interest only from a national bank.

Then, that CBRE trio was joined by Tim Root to refinance another two properties owned by Harrison Street. The private equity firm had purchased these communities as part of a larger 11-property portfolio acquisition from Prudential Real Estate Investors in July 2014. The purchase price came to $498.5 million, or $307,150 per unit, with a 7.0% cap rate, and CBRE Seniors Housing Group had represented the seller in the transaction. Brightview Senior Living was brought in as both the operator and joint venture owner of the portfolio.

The two communities being refinanced are located in Staunton, Virginia, and Woburn, Massachusetts. Featuring 139 units of independent living, assisted living and memory care, the Virginia community has averaged more than 90% occupancy over the past two years. The Massachusetts property, which has 83 assisted living and 24 memory care units, has received on-going renovations since the acquisition to better compete with newer communities in the area. CBRE secured two five-year, floating-rate loans, each with 36 months of interest only from the same national bank. Combined, the financing totals $35.7 million.