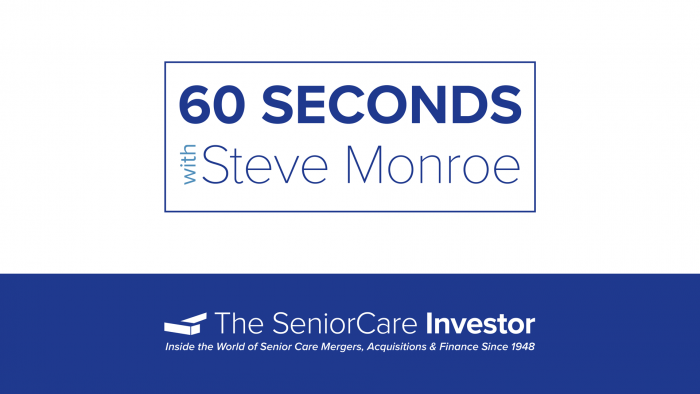 This is no time for Congress to start penalizing skilled nursing facilities and raising staffing minimums.

Are people in our nation’s capital really that out of touch with reality on the ground? Yes.

Finding quality staff is hard enough in skilled nursing facilities, but then getting reimbursed to pay for them is even harder. So, my senator from Connecticut is a co-sponsor of the Quality Care for Nursing Home Residents Act. Now, who doesn’t want quality care for nursing home residents? I assume everyone, except those who would like to put the sector out of business.

For your standard 120-bed nursing facility, the bill proposes having three RNs om duty at night, four during the evening hours and about four during the day. Plus, two LPNs and eight CNAs during those night time hours. And if you don’t? A freeze on payments and fines of $10,000 per day. Wonderful.

This is coming at a time when it has been reported that 50% of SNFs in the country have a negative operating margin. On that, however, I have a sneaky feeling it is 50% are losing money after interest, lease payments and depreciation, not a negative EBITDA margin. Otherwise, banks, HUD and landlords would be foreclosing in droves. But I digress.

Instead of coming up with ways to penalize nursing homes, why don’t we thank the RNs, LPNs and CNAs who are trying to do their best in a difficult environment. So, this Thanksgiving, I say thank you for doing a job that most people don’t understand, and that most people would not want to do. And Happy Thanksgiving to all of you as well.