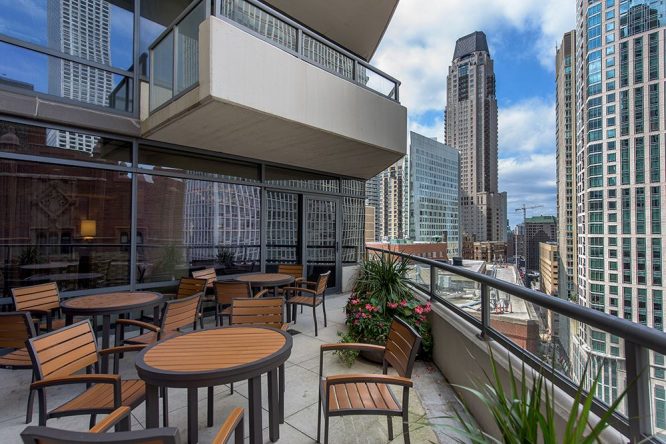 No one said it was going to be easy back in 2012 when an investor group took control of a large CCRC known as The Clare in downtown Chicago. Occupancy was just 34% when the community was sold out of bankruptcy, with its reputation tarnished in the local market during the high-profile proceedings. Senior Care Development (SCD), the stalking horse bidder, with Fundamental Advisors (FA) and LCS, teamed up to buy the community at auction for $53.5 million and put it on the right path to success and profitability. No small order.

The stalking horse bid was a mere $29.5 million, compared with the $229 million that was spent to develop the CCRC. There were just two other bidders, and when the bidding formally started, we believe Senior Care Development’s CEO, David Reis, opened with a bid of $42 million, or 42% above his own stalking horse bid. That sent one of the other two bidders scampering for the exits. A few bids later, the remaining bidder “privately” took the debtor aside and made a “take-it-or-leave-it” bid, which we believe was $52.5 million. They then asked SCD to make a final bid but without revealing the competing bid. So much for a public auction. After some soul-searching and number crunching, SCD offered a final bid of about $53.5 million, having no idea it would top the other buyer by a mere $1.0 million. The buyer group paid the price all cash.

What they got was a community that was 34% occupied with about 100 very nervous residents, that was also losing several million dollars annually on operations. They completed some renovations, expanded the health center, changed the entrance-fee structure and, most importantly, gained the confidence of the existing residents as well as the future ones who obviously had some doubts as a result of the bankruptcy, not to mention what it would mean going from a not-for-profit to a for-profit owner. David Reis personally sat down with all of the residents and mapped out what the plan was, including how they would be made whole of their entrance-fee refunds despite the changes to be enacted for the new incoming residents. All of this resulted in taking occupancy to 98%, producing better than expected cash flow and restoring the reputation and success of “The Clare at Rush and Pearson” to be the top CCRC in the Chicago market.

Don’t be fooled, it wasn’t easy, but this wasn’t Reis’ first rodeo, either. As part of their underwriting, they had calculated they would need to reduce the average $750,000 entrance fee by about 25%, down to about $570,000. It took seven years, but by the end of 2019 the average was back up to $740,000. Mission accomplished. While we do not know the current level of annual cash flow, at 98% occupancy in downtown Chicago, it has to be strong. But from the perspective of Senior Care Development and Fundamental Advisors, that was not the relevant piece.

According to our calculations, when you add up the cash purchase price, $15 million of capex, funding the operating losses for four years, statutory reserves and working capital requirements, the investor group had maybe $85 million to $90 million invested in the community. The sales price has been reported at $105 million in various media outlets, or $310,000 per unit/bed, but we believe it was actually closer to $320,000 per unit/bed. So, that does not look like a great return for the sellers, right? Wrong.

Because occupancy was so low when they bought it, we have calculated that they had first generation entrance fees paid to them somewhere near $100 million, most of which they got to keep. In addition, along the way, they took out a mortgage of about $30 million (according to local press), so that paid down some of their equity investment. One way to look at it, simplistic as it may be, is that the net first generation entrance fees covered their entire purchase price in 2012 plus all the other costs incurred in the following four years. That means that they had a nearly infinite return on equity and, according to our estimates, made more than $100 million in profits when all is said and done. Not too shabby.

After a rigorous sales process, the buyer ended up being LCS, which was a minority investor with SCD and FA, and which has been the manager since they took over in 2012 and had a lot to do with the success story. The community now has 248 IL units, 26 AL units, 14 MC units and 50 SN beds, mostly in private rooms. Allen McMurtry and his team at Cushman & Wakefield represented the seller in the transaction, and SCD stayed in with a small minority equity piece, while FA is out. When people talk about “best-in-class” or A+, The Clare is what they should be talking about.