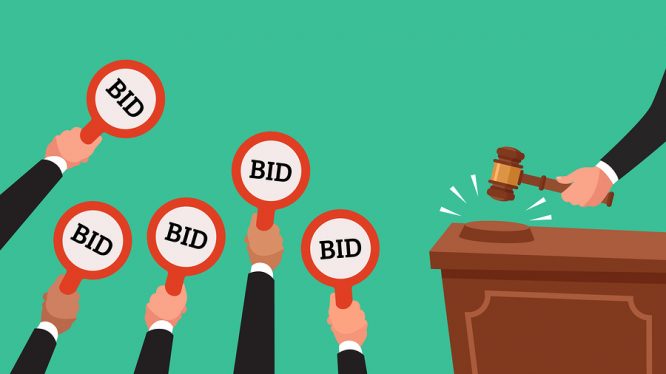 As the healthcare REITs start their quarterly reporting season, of course all eyes will be on the occupancy trend, which for most of them will not be so great. But one aspect about what is happening, and often little noticed, is that the news is showing that the demand for seniors housing assets is still quite strong, pandemic be damned.

Obviously, Healthpeak Properties would rather not be selling off its seniors housing portfolios, especially if they had been performing well, since in years past they provided the highest yield to support the REIT’s dividend and growth. But performance had suffered, and the decision was made to sell. No one is crying for them, however, because the prices these portfolios are trading at have been ranging from a low of $112,000 per unit to a high of more than $600,000 per unit. The high end has been the outlier, of course, but there have been several sales near the $200,000 per unit mark.

One example is the largest portfolio sold, closing in January, consisting of 32 assisted living communities with 3,235 units operated by Sunrise Senior Living. The net sales price was $664.0 million, or just over $205,000 per unit. Several years ago, that would have been considered a bargain-basement price for a Sunrise portfolio. However, based on company information, it appears that occupancy has dropped to below 70%, and maybe closer to 67% in the fourth quarter.

It was not always like this. With the lower occupancy, cash NOI had dropped to about $9.5 million in the fourth quarter. Our estimate is that it was about 50% higher two to three years ago. That’s what losing up to 1,500 basis points of census can do to you. These were not new buildings, however, as the average age was more than 20 years old. Healthpeak also provided the buyer with $410 million of financing, although the terms were not disclosed.

We had already reported on Healthpeak’s sale to Omega Healthcare Investors of 24 communities leased to Brookdale Senior Living for $510 million, or $199,800 per unit. Combined, these two sales represent more than $1.17 billion in sales for just over $200,000 per unit. That spells demand and liquidity in the market. At around the same price point was a December sale of 12 properties with 1,561 units operated by Atria Senior Living, with $60 million of seller financing in that one as well.

At the lower end of the value spectrum was the $132 million sale of a triple-net leased portfolio with 790 units operated by Harbor Retirement Associates. That came to $167,000 per unit for the real estate for a portfolio with an 80.7% occupancy rate and an EBITDARM lease coverage of just 0.92x. Dipping even lower in price was the January sale of 16 SHOP properties with 1,801 units for $230 million, or $127,700 per unit. The operators were Capital Senior Living (7 properties), Atria Senior Living (6) and Life Care Services (3). Healthpeak provided the buyer with $150 million in financing in this deal.

So, even though we don’t like to see REITs sell so much inventory, the fact that more than $2.5 billion could be sold to very willing buyers in the worst operating environment ever experienced by the seniors housing sector says a lot about the underlying strength that still exists in the market today. Not to mention capital availability, even though Healthpeak did provide more than $600 million in financing to get the deals done.

The key is to look at the per-unit prices, especially in relation to replacement cost. Cap rates tend to be quite low on in-place cash flow, but we really don’t believe the buyers are focused on the “in-place” anything these days. They have to be focused on what will be happening in 2022 and beyond, mostly writing off 2021 as what they hope will be a stabilizing year. When the seller sees a cap rate of 3.5% on current cash flow, the buyer is probably looking through a different lens and sees a forward cap rate of 5% or 6%, and maybe higher.